Togo 0 Switzerland 2 - didn't watch this game; just caught the end and the Swiss second goal. Didn't look like I'd missed much.

Saudi Arabia 0 Ukraine 4 - again, didn't really watch this game - though I heard most of it. A walkover, I suppose.

Spain 3 Tunisia 1 - nobody was expecting Tunisia to take the lead, very early in the first half. Certainly flummoxed the Spanish players - they were panting, panicking, rushing and getting absolutely nowhere. Second half was a different story - Raul scoring Spain's first - and Torres the other two (one a pen) to make him leader in the Golden Boot campaign. Nice football again, but, at times, rather naive. 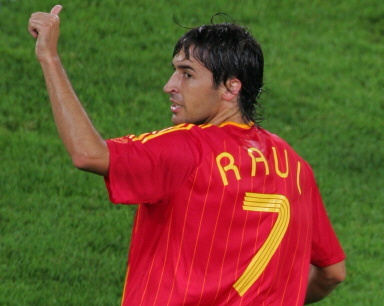 Aragones apparently had a nervous breakdown, when managing Barcelona (according to Gary L) - one day he was chalking up the team line-ups, when he suddenly burst into tears and spent 2 weeks in a clinic. Perfect to manage Espana!!! Roger The Mare has a new jacket - with a hood. 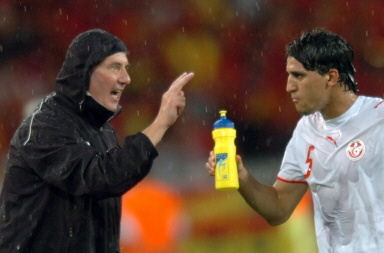 Today I sent an email to Leo. Well, you have to, don't you? 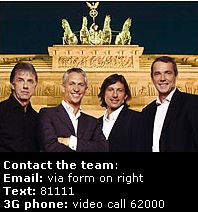