... that's what my S330 tutor wrote on my first assignment. But, 63% - that's not pretty good! If I can only manage that with the books in front of me, what am I going to be like in an ex*m?? I'm kind of 'there', but I don't go deep enough. I'm not sure I understand it enough to go that deep!! He liked one of my diagrams. 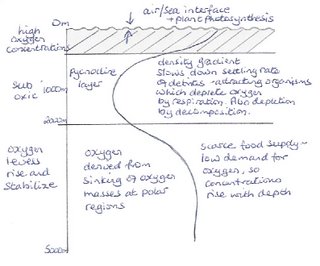 ("Diagrammatical representation of dissolved oxygen levels at 30 deg N, Pacific Ocean - not to scale")
Posted by frances at 10:23 AM No comments: 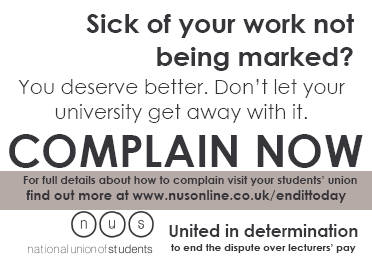 See also OUAUT - Strike Action. I'd better not make any comment, as I'd like to continue studying .... :)

Thanks to Bill for this.
Posted by frances at 12:51 PM No comments:

12 Books That Changed The World

(according to Melvin Bragg).

Magna Carta (1215) by members of the English ruling classes

On the Origin of Species (1859) by Charles Darwin

On the Abolition of the Slave Trade (1789) by William Wilberforce in Parliament, immediately printed in several versions

A Vindication of the Rights of Woman (1792) by Mary Wollstonecraft

The First Folio (1623) by William Shakespeare
Posted by frances at 2:07 PM No comments:

I'm becoming increasingly disenchanted by the 'action short of strike', being taken by (some) tutors. I haven't been affected by this to now, my SXG390 tutor, is marking assignments and I would be surprised if my S330 tutor was taking industrial action. But I feel very sorry for those students who are affected in this way. And now I am being affected, as we've been told that the next assignment booklet for S330 has been delayed due to the action, which means that the whole mailing has been delayed. I am not happy. I can only see this whole thing ending in tears, as there is no way that the employers are going to give out a 30% increase! Meantime, students, all over the land, are becoming (quite rightly) increasingly FED UP!

Everybody was working (except me!)

We did drive down to the Screech Owl Sanctuary on Sunday though and got to stroke a couple of the many beautiful owls at the sanctuary. Here's me getting familiar with a barn owl (forget its name!) 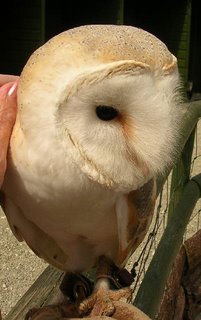 He was soooo soft!

Also had a close encounter with a Siberian Eagle Owl, who was just as soft as the barn owl (although he might look very fierce!) 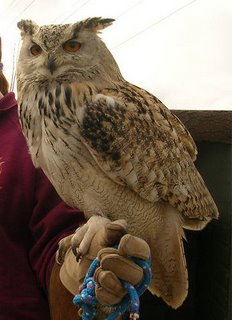 I'm also very much in love with EagleCam, which is perched high up in a tree, watching Bald Eagles nesting on Hornby Island, British Columbia, Canada. Fabulous!
Posted by frances at 11:52 AM No comments:

Since the S330 tutorial on Saturday, I don't think I've stopped studying! It was sort of encouraging to realise that my tutor (Les) also appears to have a lot of trouble with the course and kept getting his Coriolis directions mixed up! Anyway, I've been doing heaps more research for the project course and have started my critical reading. I keep going off on tangents, that's the problem. You read something which you think you might need to read more of, so you look it up and find something else which you think you might need to read more of... And, this afternoon, I finished off 5 of the 6 questions for S330 TMA02 (due June). I was quite happy with my efforts, until I got to question 6 and didn't much care for it! The bummer is that it's worth 31% of the marks, so all the previous effort could've been for very little, if I can't get something decent down for that one. 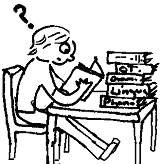 We pick up the new car tomorrow. :) And we dump the old one. :( I can't get over how emotional I'm feeling over a heap of metal - but it was a very good friend to us.

Gaining a pound when you're half starving to death is not all that encouraging!
Posted by frances at 2:15 PM No comments:

that Johnny Depp was voted 2nd World's Best Actor of All Time??! Second only to Marlon 'mumble' Brandon and above Anthony Hopkins. Laurence Olivier (who would've been my pick) was only 4th! 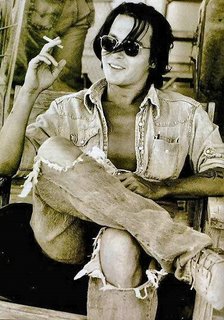 Aha! I was glum and now I'm frivolous! Indeed! What a difference a TMA mark makes! :)
Posted by frances at 2:45 PM No comments:

I've lost 5 lbs, but still can't get into my favourite trousers?? It's because I haven't lost a bean off my buddha tum, that's why! So where's it gone from? (In desperation I ate a tiramisu ...)

Posted by frances at 2:23 PM No comments:

I was getting worried, as I hadn't got my TMA back, so I phoned Ed yesterday. He returned my call today and we had a chat. He'd sent it off to the OU on 27th, so I should get it back soon. Anyway, the course team have said "OK" and the only real problems with my TMA were that I didn't expand on the 'effects' enough and had no contingency plan on my study plan thing. 83% - I'm happy with that!

We bought a new car (or near new) on Sunday - another Ford. We can't pick it up until next Tuesday (due to MOT, tax and valeting!) I wanted red - but never mind. It's a Ghia with climate control, multi player CD and windscreen wipers which automatically start up if they feel a drop of rain!! 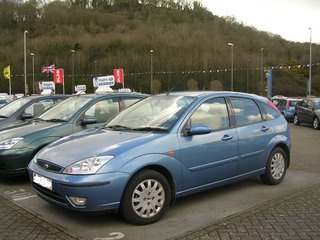 We don't have a name for it yet - but it does have a nice smiley face!

Feel so much happier now I have that first TMA score! No excuse not to get on with it now though!
Posted by frances at 12:28 PM No comments: