I'm hating the essay-writing of EA300. I don't mind writing essays, but my writing of these is shallow. I'm scared that I haven't written them as they should be written - but I also acknowledge that it doesn't matter one jot! The most important thing is that I'm enjoying the learning.

Tomorrow is the cut-off date for TMA01, which was the essay I wrote some weeks ago on Little Red Riding Hood and which I've almost forgotten. It won't be long now until I'll have to face the marks! I hope our tutor will be a quick marker - although she isn't very visible at the moment.

I've *more-or-less* done TMA02 as well, even though it's not due for another month. It's a bit lonely getting ahead as I do - you miss out on all the 'fun' of racing to the deadline. But I can't do it any other way. My TMA02 essay is on Little Women and Treasure Island - on 'social control'. I couldn't give a fig about the social control aspect, to be honest, but I've become totally fascinated by Miss Alcott. I think I've neglected the actual book and written my essay mainly on her - which is a mistake and a half which I'll probably regret (it doesn't matter a jot). RL Stevenson I find interesting, though much less fascinating - and I fear that he and his book have less than 50% of my essay!

Anyway, in preparation for block 3, which is on poetry and Peter Pan, I'll probably make myself watch 'Finding Neverland' again, which will be a right drag having to watch JD for a whole couple of hours! :) My neighbour has met him (JD) as she's an extra in the new PotC film. She says he's 'bloody gorgeous', even though he chains smokes (tut).

It's not been a bad day for me. Decent weather, decent company, a bit of studying, a bit of tidying, iced buns. But my thoughts, today, are with my dear friend in Canada, who will be having not the best of days at all.
Posted by frances at 9:28 AM 9 comments:

The weirdness metamorphism is almost complete, I fear. I've become emotionally involved with Little Women and felt sad today when I discovered RL Stephenson died at the age of only 44.

I'm actually enjoying it - it's really interesting. And I now have a tutor, although am unlikely to attend any tutorials - one of them is in Taunton!
Posted by frances at 1:12 PM 8 comments:

Feeling awfully down right now, so I thought I'd change the design of my blog - but I don't like it! And, in the process of changing it, I've lost half the STUFF I had on here! But it sure is the right colour!
Posted by frances at 4:49 AM 4 comments:

Much to my amazement, I got a distinction for A363. And I now have a Bachelor of Arts degree! Just about to start EA300 - Childrens' Literature - to try to get the honours bit. Then I'll be truly wierd. I'm going to try hard to do well, but don't hold out too much hope. I'm going to also try to keep this blog more up-to-date.

Other things: We are surviving the Gay Cowboy government and have recently returned from a 3-week trip to the USA - photos are up on Flickr somewhere. I have to go for an ultra-sound scan on my gallbladder in a couple weeks time - and am waiting for an appointment for an endoscope examination - can't wait. But Ruby is thriving and more beautiful with every passing day!
Posted by frances at 11:12 AM No comments: 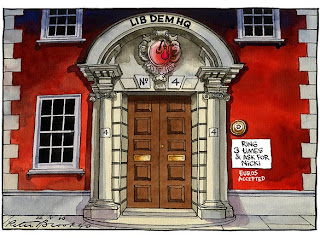 No further comment.
Posted by frances at 3:30 AM 4 comments:

On the home straight now with A363, thank goodness. I truly think that creative writing can't be taught. My last effort, 'Hot Tub' went down well with my tutor - so I'm hoping that my ECA will also be ok. It's a totally different type of story to my usual though - a bit of a historical romp into the life of a Navajo.

I don't know what to do next. Maybe, I should continue and add the Hons to the BA, which I should get after this course (fingers crossed) - but I've little enthusiasm for continuing on the 'dark side'. I'd like to do the MSc in Earth Science, but the money aspect frightens me.

Meantime, I'm doing the NaPoWriMo thingie - a poem a day for April. Considering I've avoided poetry completely with A363, this is a challenge! No, not really a challenge, as I'm not taking it seriously and might not even complete it! The rubbish is on here. Laugh if you want. I do!
Posted by frances at 7:27 AM No comments: